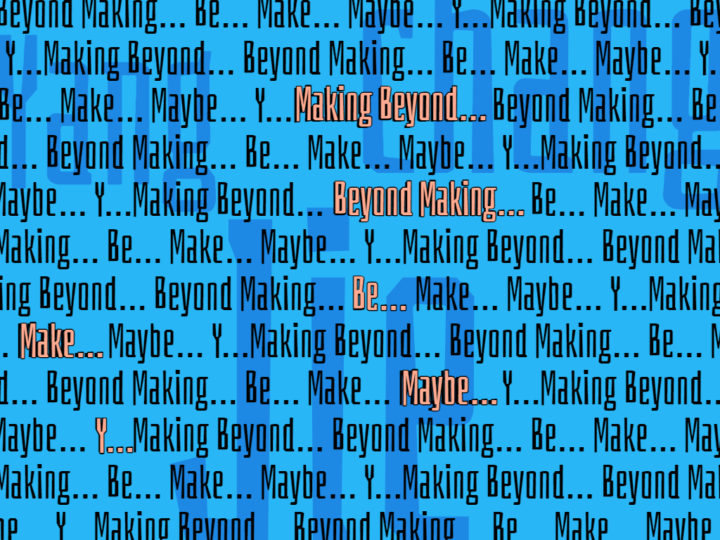 In God we Trust (2008) is the title of a work created by Yang Jiechang on the occasion of an artistic intervention at the Stanford University School of Medicine. Yang edited a video based on a series of fixed microscopic images showing the bacteria E. Coli, which is commonly found in the intestinal flora of mammals. For 58 seconds, the multimedia work rolls through a sequenced flow of a red, organic, liquid space. At the bottom of the screen, the following phrases appear intermittently: “Everything can happen”; “E. Coli is the actor”; “Regression – Evolution”; “Discrete Infinity”. Projected on a flat screen, the video is linked up to a phrase in neon that repeats the title of the work: “In God we Trust”. The soundtrack of the video, a combination of electronic music and electric guitar was composed by James Ferrell, dean of the Stanford University Chemical and Systems Biology Department.

In God we Trust, Yang Jiechang’s art meets Western scientific culture, where observation and experimentation are fundamental phases, and where the margin of error is reduced to a minimum in order to abstract an element of life and transform it into a verifiable and incontestable concept. Yet here, Yang Jiechang proposes putting aside the clairvoyance of scientific truth in order to bring out a kind of sensitivity where flows, uncertainty, being, modulation, error and chaos prevail. The image of the bacteria is considered more a spreading expanse than an organized surface of the body that would be subject to the mastery of the eye and the mind. The person observing the work is invited to expand his vision of the inside of the body towards micro- or macroscopic infinity, giving free reign to associations as diverse as a torrent of lava, rays of light, a monochrome in perpetual formation, fluids escaping from the body, organs turned inside out like a glove, the rich and infinite symbolism of the color red in all the cultures of the world, an incessant flow of ink, the image of the cosmos in permanent revolution…

Yang Jiechang also creates friction between two other visual and linguistic strata: the crimson flows share the space with the words in neon – In God We Trust – which give off light while affirming a spiritual belief. The crystallization in glass of the affirmative phrase contrasts with the fluid and incessant movement of the red-colored clusters. A relationship exists with the sporadic appearances of the poetic phrases in the video, for example, “Discrete Infinity” or “Everything can happen”. Therefore, there truly is a material, formal and semantic conflagration at work in In God We Trust, infiltrating certainty with doubt, truth and belief with surprise.

Another artistic paradox resides in the very materiality of the work.

In God We Trust is a powerful, performative statement, which is, however, only possible thanks to the circulation of neon gas, meaning an ensemble of molecules and atoms, that have neither form nor volume of their own unless contained in a solid object. In other words, the sentence In God We Trust is an attempt at divine representation, but we can only understand this representation through faith. The ceaseless circulation of gas in a glass tube that creates the diffusion of light, and thus, metaphorically speaking, creates the illusion of truth. Hence the God visualized by Yang Jiechang is never directly named or identified. He still needs to be constructed, with the same amount of searching, error, doubt and truth that we use to build our speech, our thoughts, our acts or, more simply, our relationship to daily life. This last stratum of perpetual flow within the work is itself covered or accompanied by a soundtrack. The essence of sound is manifest in its fundamental impermanence and its immaterial diffusion among all the strata of the living sphere and of memory.