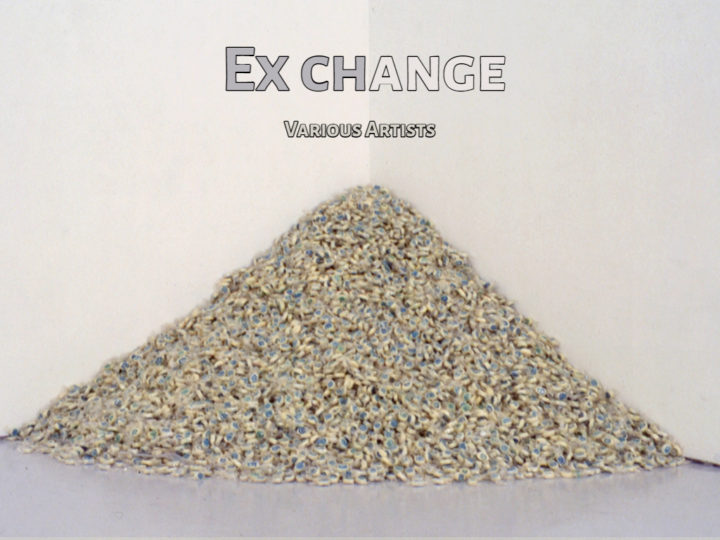 “Ex Change” is the first exhibition curated by Larys Frogier as the new Director of La Criée centre for contemporrary arts, Rennes, France.

“Ex Change” gathers a group of international artists for celebrating

Beyond identities, “Ex Change” unfolds different practices (photography, performance, video, installation)  to infiltrate the contemporary art center, not only as an institutional critique, but with the engagement/contribution of the visitor in making the work as well as infusing a personal and political experience of the architecture, the urban and social space, and the intimacy of the body. 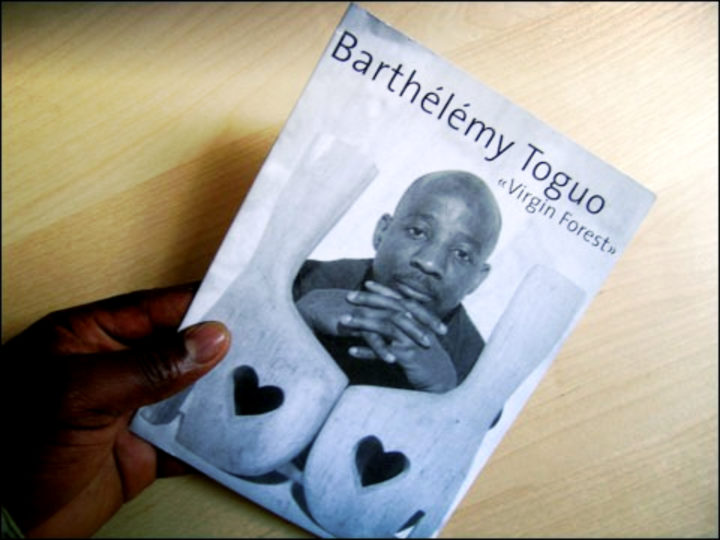 « For showing my works, I am used to work directly on the site of the exhibition. Visitors enter “Virgin Forest” where they can discover my work.  The gallery is transformed into an immense boat, embracing the visitors into my universe. I like to create atmospheres, emotions, strong sensations, as well as tiny thoughts about our contemporary society.

I covered the ground with unfolded cardboard boxes used for global products shipment. They try to question the relations between North and South, oscillating between the importation of commodities and the exportation of people. My works and myself are assuming the same condition as these products submitted to exile. »
Barthélémy Toguo

On the large wooden structure having the shape of a boat, are proliferating different visual works: a large series of watercolors titled Baptism are telling the story of Bathélémy Toguo’s family being anxious of not seeing him surrounded by women and asking to consult a healer. Baptism engage us into hallucinations in which are unfolded the fantasies of the artist. The watercolors are also dialoguing with series of photographs, collages, drawings, tracing different paths between performances (Transits), portraits (Ciudad de Oviedo), thoughts about North/South dualities, exile. 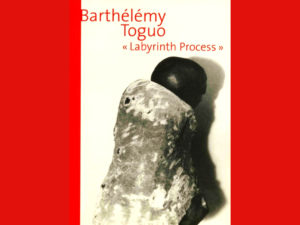 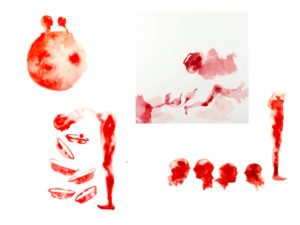 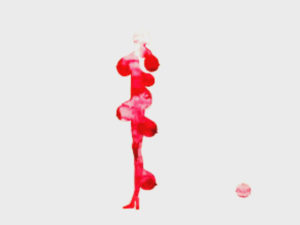 Curated by Larys Frogier
Produced by La Criée centre for contemporary art, Rennes
Back to Exhibitions 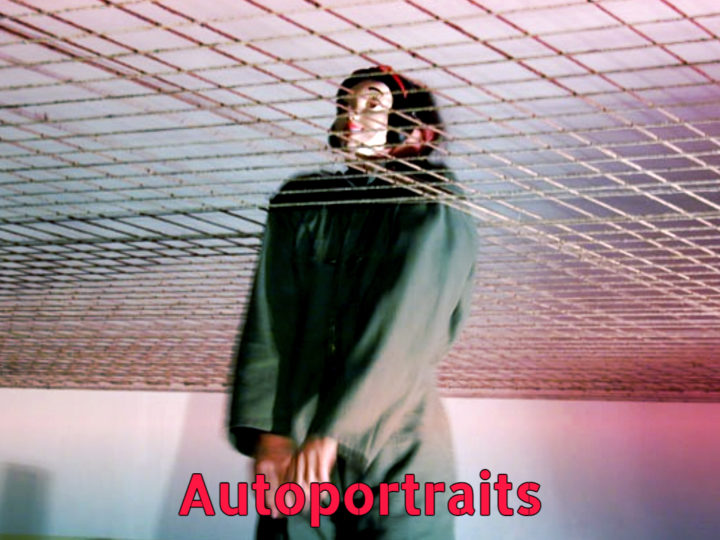 A different device was presented each week over 3 weeks:

Water: basin occupying half of the space with floating seats

Horizontality: Daily progressive lowering of the ceiling by a rope mesh, 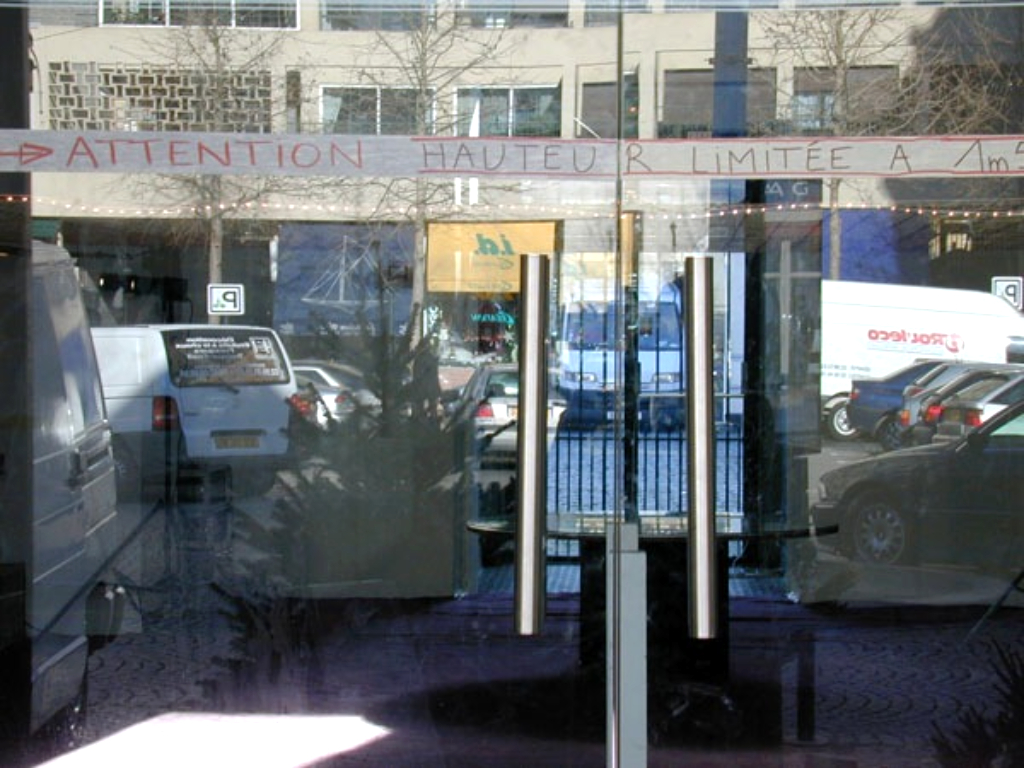 Catherine Contour is motivated by her desire to pursue the work of opening up space and the thought in dance, her journey as an artist-explorer is conceived as an ever-evolving search, consisting of hypotheses rather than principles.

The work itself is no longer a self-contained and finite universe. It is constantly being reviewed and rethought, based on its own observations: body memories, image memories. In fact, the work created has no limits, neither in time nor in space. Rather, it resembles a vast polymorphic « corpus » integrating places, experiences, participants and audience members simultaneously.

Contour? teased the critic Gérard Mayen, why, it’s just the opposite ! Someone has rarely passed through an experience that refuses to set its limits, boundaries and landmarks with such joyful obstinacy, porous fantasy and science at one’s finger-tips. 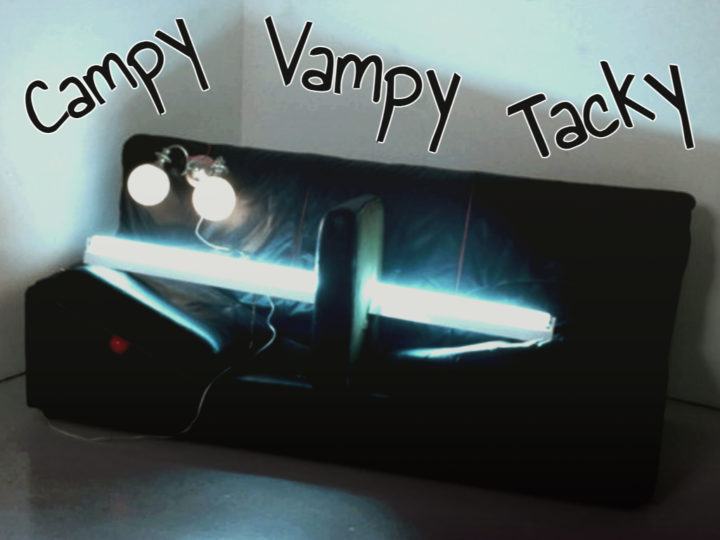 In January 2001, The National Choreographic Center of Rennes and Brittany was welcoming in residency the choreographer Alain Buffard in relation to his new creation Dispositifs 3.1. This choreographic work for three female dancers and one male dancer was engaging a critical questioning about the possibilities and transformation processes of the body and the subject. From the stratified body to the multiple plays of dis-identification, Alain Buffard  was also stepping more and more on the margins of dance, performance and visual arts. Following his residency, La Criée center for contemporary art invited the choreographer to conceive an original project around the subversive confusion of genders and genres.

The project is named Campy, Vampy, Tacky, and gathers:
• 1 exhibition of photographs, videos, paintings and installations at La Criée : Charles Atlas, Leigh Bowery, Brice Dellsperger, Takashi Ito, Michel Journiac, Sarah Lucas, Ugo Rondinone, Francesco Vezzoli.
• 2 sound performances from Terre Thaemlitz at Club L’Espace and at La Criée.
• 3 choreographic creations of  Alain Buffard presented at the CCNRB (Natinal Centre for Choreography of Brittany)
• 2 screening afternoons of films made by Jack Smith, Charles Atlas and Brice Dellsperger at the CCNRB.
• 1 culinary performance at the CCNRB by Sabine Prokhoris, psychoanalyst and author of the publication Le Sexe Prescrit, la différence sexuelle en question (The prescribed Sex: sexual difference into question). The performance is made with the contribution of Matthieu Doze and Simon Hecquet.

Camp refers to notion and practice of Drag. However Camp cannot be reduced to simple cross-dressing from male to female or from female to male. Camp has a much more subversive dimension in its capacity of exacerbating and distorting the signs of clothing, acting, making up and  eroticizing what is supposed to be “feminine” or “masculine”. Camp pushes these signs to the extreme of the absurd, and somehow of the vulgarity. To the ideal codes of femininity and masculinity, Camp opposes by exploring the grotesque, the uncanny, the bad taste. In other words, Camp makes un-natural everything that claims to be “natural” as a “body”, a “personality”, a “sexuality”. Performing on the surface of the body by displacing the visible codes of socialization. Camp turns against itself the normative procedures of sexuality, gender identity, straight or gay orientations.

Curated by Alain Buffard, Larys Frogier
Produced by La Criée centre for contemporary art, Rennes and the National Centre for Choreography in Rennes and Brittany
Back to Exhibitions 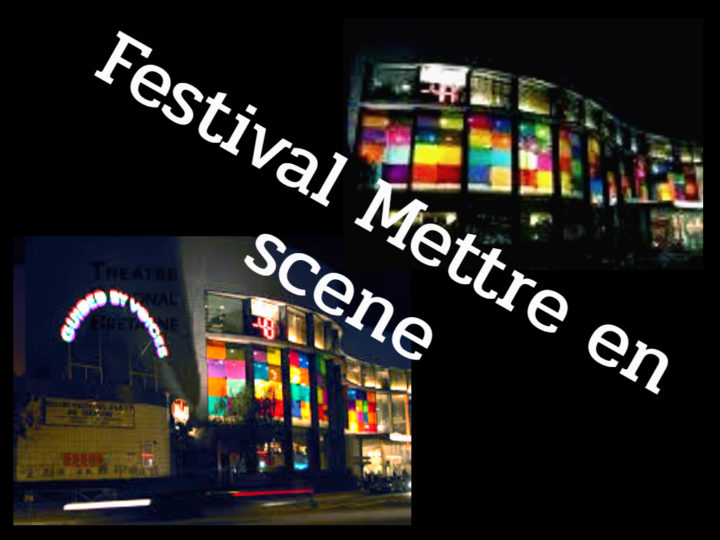 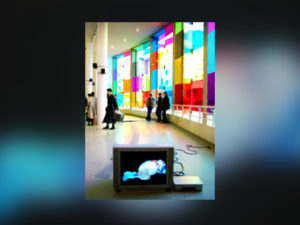 For the festival Mettre en Scène, Edition Spéciale, Ugo Rondinone was invited to explore four venues in the city of Rennes: the gallery of the National Theater of Brittany (TNB), the gallery Art & Essai of the University of Rennes, the rooftop of UBU concert hall and the contemporary art centre La Criée.

Productions allowed to discover the rich diversity of Rondinone’s work and the extended scope of his formal vocabulary used through video, photography, painting, sculpture…

At the contemporary art centre, the visitor was invited to plunge and to let him/herself go into a strange and dream-like world. The installation consisted of:
• six videoprojections inserted in black frames,
• one ceiling made of plexiglas above which an red lighting irradiated the space,
• 30 seconds looped sound which was an aria interpreted by Cécilia Bartoli spreading into the space.

On the walls, two visual sequences were projected: one man and one woman appeared simultaneously on different screens, and long travellings were showing railroads. The artist combined repetition, displacement, gaps between pictures, slow motion, throbbing music, disturbing the space and leading to a sense of space-time distortion.

“I invented it all, in the hope it would console me, help me to go on, allow me to think of myself as somewhere on a road, moving, between a beginning and an end, gaining ground, losing ground, getting lost, but somehow in the long run making headway.” Samuel Beckett

Without beginning-ending story A Spider… remains a fiction to build, a series of scenes in which the thread is always out-of-the-frame. The black spaces between the screens become areas for the “possible”, voids in which thought could find news ways of intervention.
On the contrary, within the screens, characters are enclosed, going and coming back, trains going to nowhere…
Rondinone’s work was often tied to the writings of Samuel Beckett. Indeed, the restless wandering, the vacuity, the ordinary, the human time, the solitude, are recurrent themes in each of the artists’ work.

One of the specificity of Rondinone’s creativity lies in repetition and reinterpretation of his works, since one series of videos could be presented either in the form of an environmental videoprejection, or be inserted into an installation with tv monitors (Roundelay, 2003 and Clockwork for Oracles, 2004). These characteristics reveal the way the artist p(l)ays attention to the visitor, always changing his perception of the space and picture.
A Spider… reminds in a way the construction of scenic spaces (reminding the theater, the opera, the cinema), but it is always a space in which the spectator is a kind of traveller endlessly remaking the picture or the story. 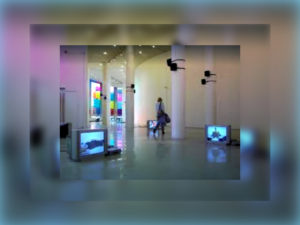