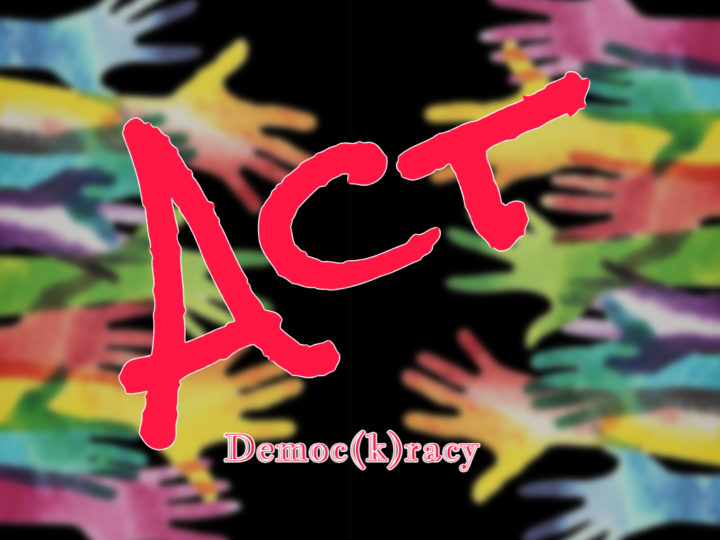 With the support of the Culture Program of the European Union

In many European countries, there are signs of withdrawal into separatist identities –
alarming evidence of a crisis of democracy.

Europe is now reaching the limits of an economic model which is resulting in
brutal social fragmentation and deepening inequalities between individuals and countries.

The conditions required for the exercise of democracy

are now being suffocated by obsolescent administrative,

The critical, educational and creative dimensions of art, meanwhile, are fundamental to the development and exercise of democracy.

In an era of globalization,

we believe that difference, discontinuity and contradiction should constantly be cultivated through inter-relating the commonplace and the singular:

these underpin our representations of reality.

In view of all this, we, the partners in the A.C.T Democ(k)racy project:

Together, the partners have designed the A.C.T Democ(k)racy project to encourage theoretical research and artistic creativity as tools of critical analysis and inventiveness with regard to new ways of engaging in democracy.

The A.C.T. Democ(k)racy project calls for a permanent commitment in favor of powerful experiments which can contribute to the practice of democracy in both art and thought, particularly by devising constructive attitudes with regard to new cultural challenges, as well as encouraging diversity in aesthetics, thought and culture.

The A.C.T. Democ(k)racy project is passionately in favor of movement, interchange and openness as the prime conditions for the free circulation of ideas and works.