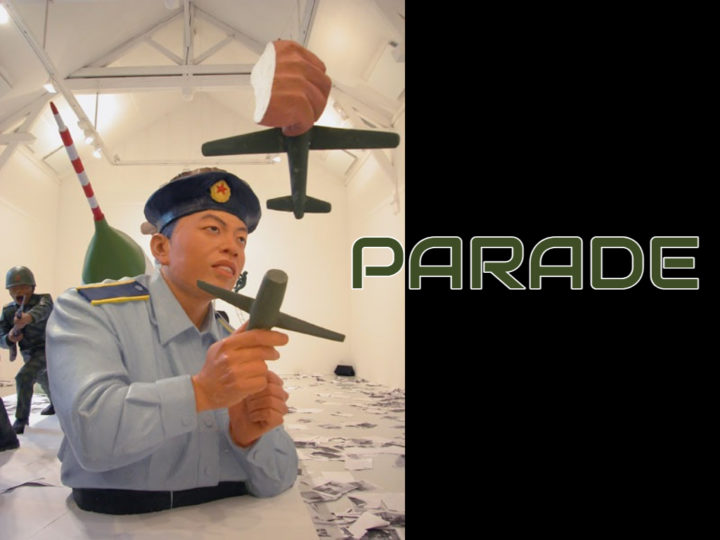 Born 1956 in Wuhan, province of Hubei, China
Lives and works since 1990 in Paris, France

#2: Le Rectangle, centre for art of the Ville de Lyon 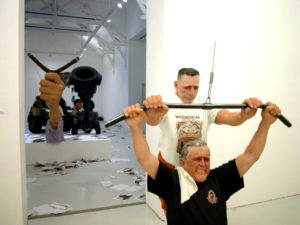 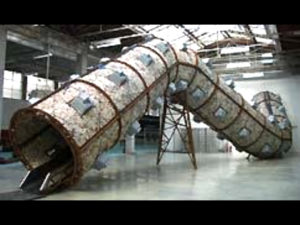 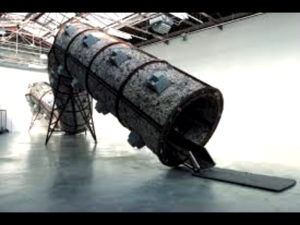 Parade is an artwork composed of a 15m long platform on which are displayed 13 resin mouldings reproducing in three dimension pictures and  characters extracted from the Chinese military propaganda press.

The work has been produced in autumn 2000 for the exhibition at Deitch Project in New York, during a period of high political tensions between the United States and China in the context of spying planes. Very spectacular but also conveying a powerful critical impact, this artwork has never been shown in France.

Upon the occasion of each exhibition of the Wang Du Parade in Rennes, Lyon, Toulouse, Paris, Nantes and Vancouver, the Wang Du Parade was enriched with existing works and new productions, such as the brand new famous work Tunnel d’espace temps and steel sculptures made of fold newspapers.

In Rennes, the series of sculptures We’re Smoking them Out ! was showing different scales of the American president Georges Bush during his workout sessions.