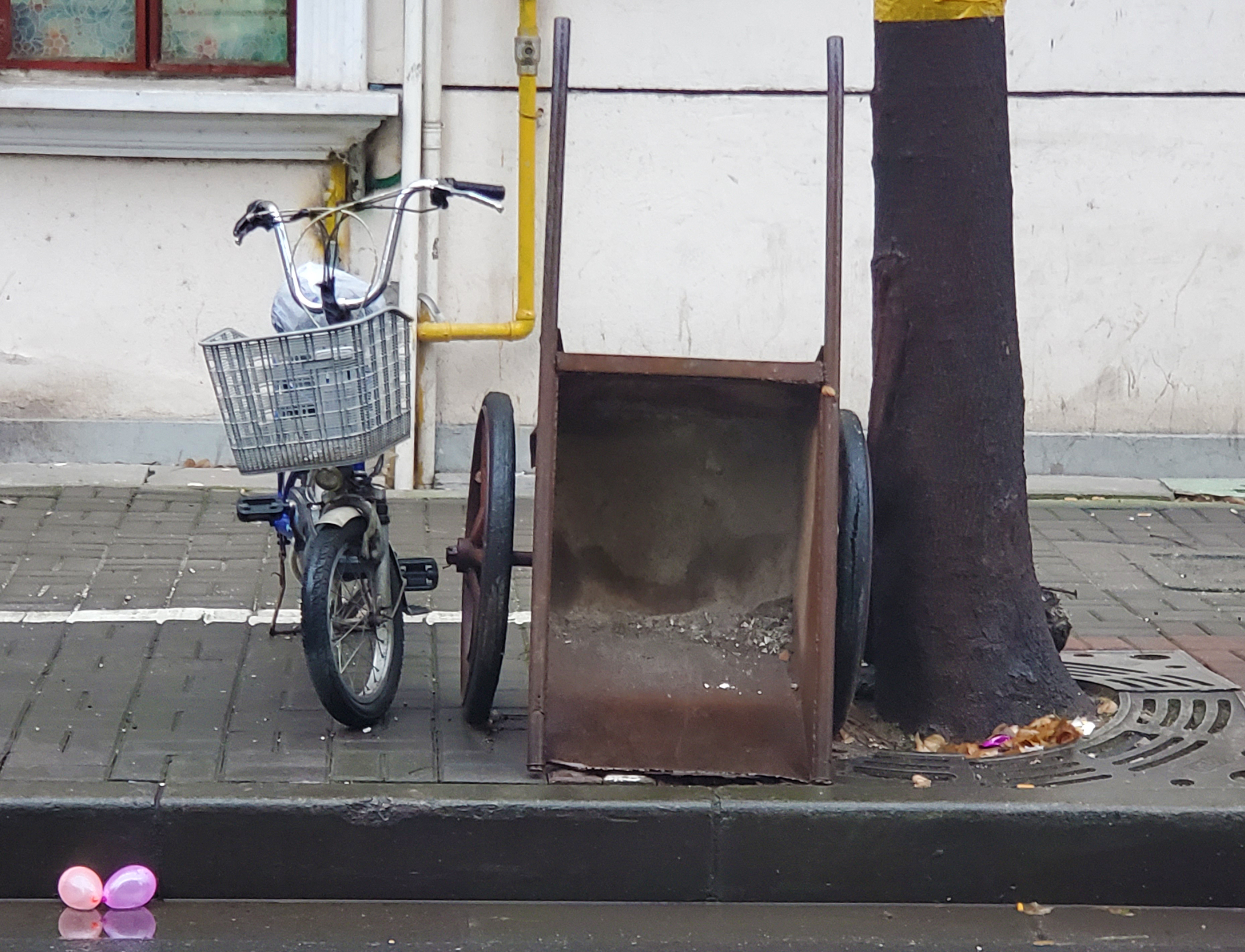 Show a country, speak of a culture,
in whatever way, and you’ll enter into fiction while yearning for invisibility.
Trinh T. Minh-ha, The Fourth Dimension, 2001.

As we go…
We do not need
A road to walk along
Nor a destination to reach.

Into the unknown
Is growing
An evolving flow of
Rivers and sands
Lands and seas
Atolls and mountains
Houses and souls
A desire for a tiny immensity.

Beautiful is the flight of migrating birds in the sky
Not as they compose (id)entities
Neither a regimented block
Maybe an assembly of voyageurs
But substantially for the experience of
Palpable evolving interstices, gaps
Space and time
In between birds
Always changing
From far to close
From a dazzling moment to a long term life bond
Never a dot as a mass
But individual souls and energies
Becoming a multitude
Appearing and fading away
Dialoguing and supporting each other
Resisting strong blasts and sharing invisible paths
Making the journey and the flight so unique.

We are craving for cultures of the unseen
To allow us meeting
Again…
Perhaps…
To practice
The unexpected
The unspeakable
The unseen
The unheard
New encounters of the impossible.

The unseen is an act and a responsibility
To undermine authoritarian strategies of
Tracing and controlling our voices, bodies, souls
Predicting our behaviors, actions, displacements
And thus annihilating the intuitive pulsations
That make us capable of becoming
Autonomous and together at the same time.

A pandemic
The spread of a virus…

The tears are saying something that has nothing to do with
a vision, unless they are revealing the vision by veiling it.
Blind people have to move (by) themselves ,
means to expose themselves, to take the space as we take a risk.
The hand is, in this place, the memory of the accident.
Jacques Derrida, Memories of blindness, 1990

Our wish to live with the unseen is not an easy task.
We have first to start identifying and tracing in return (ha!)
the ideological systems of opacity that makes the surveillance, control and oppression so efficient.

The media of the social

Exclusions, discriminations, even genocides are no more as visible as before, but they are all around us, practiced through our administrations and regimes, screwed inside our mind and behaviors, even ingested into our bodies and habits in a much more violent way.
Nowadays, regimes, businesses, administrations, individuals, technologies, by force or by choice, melt altogether to build up political, economical, social, ecological systems that pretend to speak on behalf of… education, health, wealth, well-being of people and… civilization…

That is often dubious and scary because these so-called social keywords are coming into practice with:
– Re-education zones or camps
– Forced sterilization of women
– Debt of nations implemented by new opaque forms of colonization coming from the East
– Impoverishment of natural resources
– Centered Eastern and Western continental civilizations overlooking and destroying, polluting (is)lands and seas, alienating cultures while deporting, contaminating, atomizing its people.
– Vertical architecture wildly erecting, for example in Africa, locking down people in so-called comfortable compounds, while horizontal architecture was and is still the ground of social and cultural happiness for people.

The norm
The propaganda
The system
The individual
Are holding
A massive “social” media voice
That is for sure
Not an accident
But a collective choice
Building opacity
To implement and operate identification, evaluation, denunciation, accusation, oppression, incarceration.

The media of the social is a zone for authoritarian ideologies to implement the opaque by
Manipulating the minds of “their” people
Making individuals overly busy, distracted, entertained and stressed on their screens
Drowning them into the oblivion of their social responsibilities, their actions of remembering the past and activating the present
Crushing their critical ideas and acts as responses to nowadays contexts
Exploiting the low class people to anaesthetize their disastrous living conditions into new forms of slavery.
A new real and efficient strategy of brainwashing.

All these strategies are thus activated by and for the ci/netizens
For blurring the essential differences and passages
Between “us” as
A country
A state
A nation
A government
An ideology
A culture
A subject as a responsible person and contributor.

The goal for many regimes is to cultivate such opacity
So that young generations are raised into
Patriotism
Ultra nationalism
Conservatism
Racism
Becoming the new soldiers of new forms of authority anchored in reject the old dictatorships
Sending and reporting invasive messages, pictures, slogans, threats, insults on new media platforms
to the ones who do not want to belong to the one Truth.

Deserts, seas and oceans, islands and archipelagos are other key areas to remap the geopolitical strategies of continental nations for opaque occupations and oppressions.

That was the case when Western Europe occupied the Sahara desert in North Africa during the 50s and 60s to start nuclear tests and bombings. Thanks to the resistance and some of the colonized countries gaining independence, these essays were stopped by the middle of the 60s. But they moved to the Pacific, a huge Ocean made of invisible atolls, islands, archipelagos where America and Europe could continue to develop their nuclear bombs, but also, including Asia now as the new colonizer, for expanding the routes of economic globalization.

Another more contemporary example of continental geopolitical strategy of opacity is the occupation and profiteering in Asia of the South China Sea by destroying the eco environment of islands, coral reefs that will very sadly take centuries to be rebuilt, and creating new fake atolls and islands that will naturally quickly collapse because they are simply not part of a natural eco life development.

In Asia there is also the construction of thousands and thousands of dams in the Tibetan plateau providing electricity and water to Mainland China but, simultaneously, dreadfully impoverishing the natural flow of rivers in Central Asia and South East Asian areas and nations, accelerating the disappearance of fish and other living beings in lakes and rivers, and thus harming the lives of local fishermen, farmers and inhabitants trying to survive in these excluded localities.

There is a word that I truly dislike living in Asia and China in this (post)pandemic context:
“Imported cases”.
Daily reports on national media channels in China, Korea, Japan, Singapore and others
Non-stop mention this “imported cases” keyword that sneakily induces
A suspicion
An exclusion of the “Other”
Opaquely represented as
A threat
A polluter
A sick person
An anonymous entity to identify and to exclude
Without really knowing and caring about these “imported cases”
Without being able to even define the complexity of the word “international”
Worse, this strategy of (re)naming, on behalf of the fight against a virus, is over exploited to also Reinforce sneaky invisible formsof
Ultra nationalism
Patriotism
Identifying a nation and a people as
A glorious
A clean
A saver of the world
A healthy people…

Looking back on the history of the virus, now I just want to…
Did we dare to talk about “Exported cases”? … How many?

Living recently for a few months in Europe, I have never ever seen such wording of“imported cases” on the news or in government information, nor in European Union statements. There are just contaminations, hospitalizations, intensive care statistics.
This means that there is this social trust and confidence in public health and social services that will make no difference, discrimination and exclusion between one person or another person, whatever could be his/her nationality, race, gender, sickness, health status, life and travel histories.
There are just people to care and to treat.
That needs to be said and remembered as it is still a precious and priceless democratic practice.

Since 2020, during two and a half years of (self)lockdown, watching daily national news on Asia TV programs about the spread of covid19.
I was always taking the statistics and news as “objective” (well you know what I mean..),
Or at least informative
Making me stressed
Depressed
Afraid
Scared of travelling
But now I look at them as a pure joke
And this gives me a lighter smile but with no compromise anymore onto the soft or hard regimes
Realizing how stupid I was to swallow these invisible “keywords” distilled each day on the news and so called scientific and national data
Knowing that these tiny details of language are actually extremely important because they are the ones strategically used by oppressive regimes in order
To build walls between people
To grow ultra national and continental conservatism
To nurture geopolitical wars
While we just need global solidarity, responsibility and engagement.

In the shadow of things
I like to stand
And I love to perceive the creation
Wandering with intuition
Following the strangeness of art
Like this ambiguous with no name
And full of uncertainty
Each morning I am leaving again
Adonis, Memory of the Wind, Poems 1957-1990, 1991

Precious are the ways of cultivating active practices of the unseen.

The unseen is a huge paradox, especially when working as an artist, a museum, a curator.
Extra visibility seems to be an absolute necessity but today it often traps us into markets and money mind people, as well as into formatted way of thinking and curating.
However, nowadays, living in societies of continuous absorption and regurgitation, extra surveillance and tracing, self promotion and propaganda, the most interesting artists and researchers are the ones trying to dig deeper while others are trying to build bigger and higher walls.

Entering the unseen is a practice of
Infiltrating and bypassing the surfaces of the art and the social (media)
Exploring micro-dimensions
Creating the conditions for new forms of art production and experience.

The unseen today has nothing to do with being inexistent but it is exactly the contrary.
To experience and to engage the unseen is a choice and an act of resistance.
It is definitely an opposition that allows other forms of action and visibility.

The unseen touches the crucial notion and practice of time.
It is no longer enough to be visible once with big acclaimed projects like many blockbuster exhibitions happening all over the world with the same formats, artists, topics, institutions etc.
Time is linked to the practices of
Caring of qualitative art projects,
Thinking with artists, researchers, curators, audiences
Learning to build autonomous subjects as well as a collective process.

It is just crucial to step ourselves out of the great façade, or what could called also in some contexts the “good face”. Frankly speaking, I just do not care about saving my good face or the one of the other. My priority is to deal with real people, voices, sincere and engaged practices.

Entering the unseen is trying to unveil and reveal
Our own monstrosity as individuals and societies
We just need to face this
Before holding our masks of…
Artist, business(wo)man, curator, researcher, scientist, etc.

As you go… has the capacity of revealing what is constructive within these unexpected and generous interconnections between different localities, subjectivities, collectivities. And then we might, I hope, touch a kind of… substance… that has nothing to do with an exhibition, a program of education activities, an institutional and marketing plan.
Substance is much more related to the experience of
Textures beyond the visibility of art objects
Energies and content beyond the demonstration of rational concepts.

The substance of the unseen is what can
Bring us together today
Embracing contrasted, opposite, distorted words, echoes, images, bodies, areas, connections
Raising multiple voices, especially from those who are often forgotten, excluded or invisible
To develop other ways of creating, researching,working, connecting
To actively try and support artists’ projects
To heartily engage audiences as contributors.

The unseen relates to the experience of instability, palpability
A kind of “floating” density
From where you do not pretend to possess the Truth, the One united and unique
But more groping around, guessing, failing, trying, making, alone or collectivity, with all constructive contradictions.

For now, I just want to share my warm thanks with Biljana Ciric, the cells of the As You Go… project and all the artists and researchers engaged in this practice.