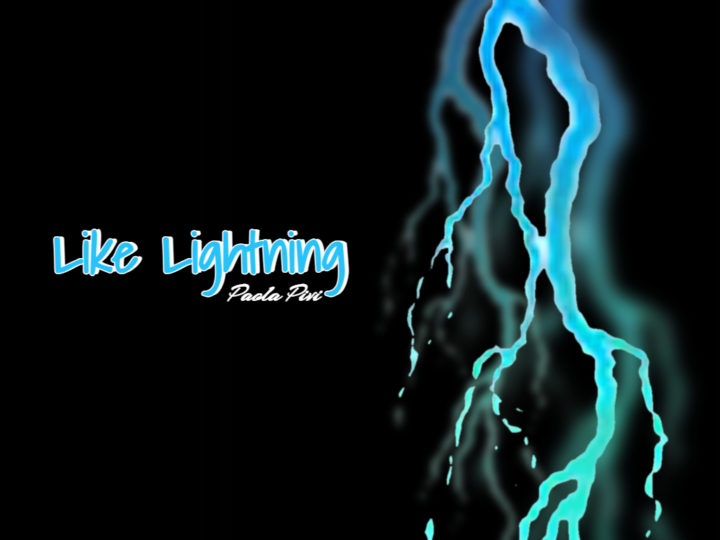 Paola Pivi works at thrusting the image into the world: sixteen long metal tubes from which coloured liquids pour uninterruptedly (It’s a Cocktail Party, 2008); a huge steel structure reaching from floor to ceiling in a crystallisation of myriad, multicoloured artificial gemstones (If you like it, thank you. If you don’t like it, I am sorry. Enjoy anyway, 2007); a dummy polar bear covered with vivid feathers (What is My Name?, 2007); a helicopter resting on its propeller (A Helicopter upside down in a Public Space, 2006); two live zebras photographed in a vista of snow and ice (Untitled, zebras, 2003); and more.

Pivi’s works are the outcome of weird but extremely, cogently precise orderings of things: representations often striking in terms not only of their shape, colour and lighting, but above all of their capacity to assert themselves as lightning-like intrusions into reality – with no narrative gambit, no symbolic justifications, no metaphorical or allegorical convolutions. It is as if, inevitable and unchallengeable, they are colliding with reality. They are there because they have to be there. Unshrinkingly the artist works towards material expression of an image that has taken over her mind and is driven, imperiously, to find existence in the world. In other words, the art of Paola Pivi systematically gambles on images with the power to be more real than any other reality.

Obviously the experience of the real must be understood as the testing and manifestation of an object incapable of being symbolised through language – unlike reality, which is already a form of representation of the world.

All of which makes Pivi’s works infinitely delicious and disquieting.

Nonetheless, the artist’s mode of image production can be reduced neither to creation of works through surrealistically unconscious process, nor to visual presentation of some private or public trauma. Pivi simply sets out to situate in the real world an image that seems more real than real.

Or to put it another way: the image is fantasy within reality.

Her titles often set in motion the beginnings of a fictional narrative, but one immediately suspended so as to reinforce the works’ enigmatic character. In other cases the titles are purely descriptive or testify almost tritely to a perceptual state.

Pivi works with pre-existing, decidedly ordinary materials, as well as such living creatures as the horses, ostriches, dogs, giraffes, llamas and butterflies that activate her many photographs and performances. And yet the conjunction of these materials and creatures generates extraordinary situations, projects that seem a priori unimaginable, technically aberrant and semantically inconceivable. Who else would have thought of setting two ostriches afloat in a little boat or making a painterly photograph out of an alligator covered with whipped cream crawling over brown earth (Fffffffffffffffffff, 2006)? And once these events have happened – once they have been made visual – they suddenly seem self-evident, yet with no diminution of their mystery and their capacity to stop us in our tracks.

It is this realisation that sparks the sublime in the aesthetic experience of her works, yet without luring the viewer into the trap of mere vacuous contemplation.

It was in this spirit that Pivi created for the La Criée Art Centre in Rennes If you like it, thank you. If you don’t like it, I am sorry. Enjoy anyway, a huge steel structure entirely covered with fake, multicoloured gemstones. Entering the exhibition space, the visitor comes face to face with a crystallisation of colours calculated to induce contradictory perceptions: the lightness and simplicity of the work contradict its monumental aspect; the visual appeal of the stones is concurrent with a sense of menace induced by the impassable wall of the grid; and the work’s flashy superficiality clashes with a latent intimation of violence.

It’s a Cocktail Party, first shown at Portikus in Frankfurt, offers sixteen vats hooked up to pumps and towering steel tubes from which pour olive oil, water, syrup, glycerine, red wine, black ink, espresso coffee and other liquids. Visually the visitor is hemmed in by splendid monochrome gushings, while the steel structures stationed within the space present as perfect Minimalist sculptures. At the same time the sound of the liquids and the mix of odours take the visitor into a work in a state of perpetual transformation, a generator of Dionysian chaos.

In her art Pivi displays an endless fascination with the infinite possibilities of matter and form, yet ensures that her quest never loses even a fraction of its gentle mockery, subversive force and critical vigilance. In this respect Alicudi Project is magisterial: in 2001 Pivi began her 1:1 scale photographic reproduction of the of the 5.1 square kilometre island of Alicudi off the northern coast of Sicily. Completion of the task will ultimately require the printing of 3472 rolls of PVC, each 50 x 5 metres, but the work’s visual force is already present in the wild idea of the 1:1 scale and the ongoing unrolling of the fragments in different venues.

This might appear a titanic undertaking, but in respect of this island it is, for the artist, quite simply a modest personal response: here we are at the opposite pole from territorial ownership.

Art for Paola Pivi is certainty.

Not as a form of authoritarianism or binding truth, but rather as commitment to making images more powerful than any conventional, totalitarian depiction of reality.