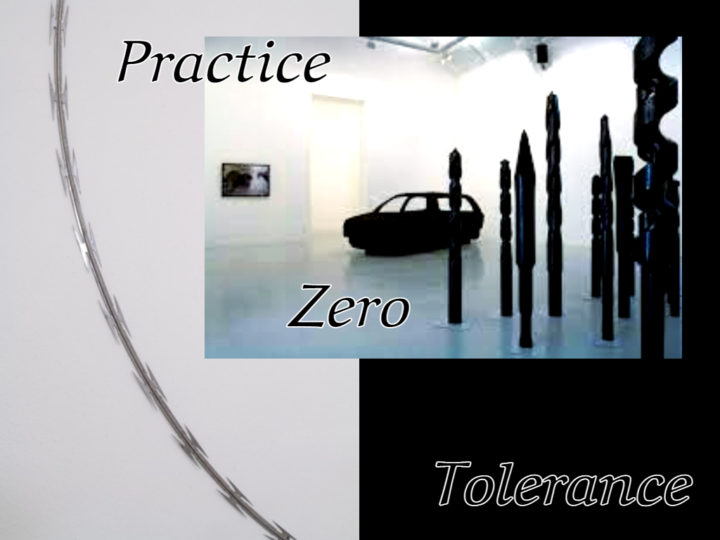 The terracotta sculptures of Practice Zero Tolerance, done between 2006 and 2008, were directly linked to reports of the riots that hit the ghetto suburbs of Paris in 2005 following the death of a boy who was electrocuted while trying to flee the police. Adel Abdessemed’s reproductions of cars that were subsequently torched in revenge brought an instantly recognizable icon of a complex social event into the gallery space. They sharp- ly questioned public policies of “zero tolerance,” the stark and troubling phrase heard by the artist when he turned on his television.

These cars swiftly became symbolic icons of a rage that the media often described as inexplicable. Here the media icon is treated through the techniques of traditional pottery with all their material and temporal density. The gutted car was cast in clay, then fired in a kiln until the cast was burnt and blackened. The act of burning was thus employed in a process not of destruction but of creation—the artistic creativity of casting, the creativity of the human act of crafting something (via the handprints left in the mold). The resulting object is simultaneously an overturned car that alludes to a scene of collective memory, a layered, complex memory that demands a labor of exploration and elaboration on the part of the be- holder. The act of rebellion directed toward cars as a status symbol—their make and models remaining fully recognizable here—is thus staged in a gesture that simultaneously restores and overturns, as suggested by the title given to a cast of a BMW, Practice Zero Tolerance (retournée), i.e. “overturned.” AM 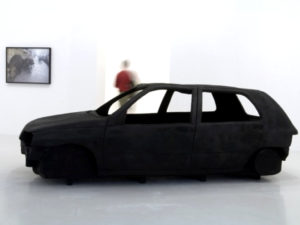 Sculpture, video, drawing, writing, action constitute as many practices as possible for Adel Abdessemed to deliver sharp critical reading of our contemporary world.

Blunt statements, acts of crushing, pouring, unveiling, images of life and death… No narration but the vital act of living and resisting.

Lemon, milk, soil, wine are used for their raw materiality as well as for their symbolic resonances to the law or the discipline.

Exclusion, sexuality, exile, love, infinity: Adel Abdessemed questions these sensitive areas not to produce a political art but to generate poetics of transgression and pleasure.

Adel Abdessemed’s works are more to be seen as extensions of energies where desire, joy, opposition  are firmly and openly stated and through which concept, thinking and language can be unfolded.

« What should I say to a friend who is telling me that art should tell the truth? It is of course what I wish. Unfortunately I started to lie to my father, my mother, my religion. Truly, art can work… Even if it is fake, everything becomes true (…) I am concerned with the beauty of the raw image. It is raw in the montage. It is raw in the image. I capture des energy of the bodies, a presence.  (…) I love oppositions in all forms of. I hate what is formatted, homogenous. A hygienist world without conflicts is impossible. I work a lot with other people, but I am not doing social art. The question of social art is very suspicious to me in a scary world of spectacle.«

“The Green Book contains my collection of national anthems. Each anthem has been hand-written by a different person from his/her native tongue. It’s a very familiar book, a kind of manifest… Of course, the fact that the French anthem has been hissed in the French Stadium stands has relaunched the project. Like this incident, the book expresses a malaise, a social urgency”

Adel Abdessemed, extract of the interview 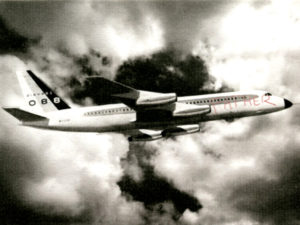