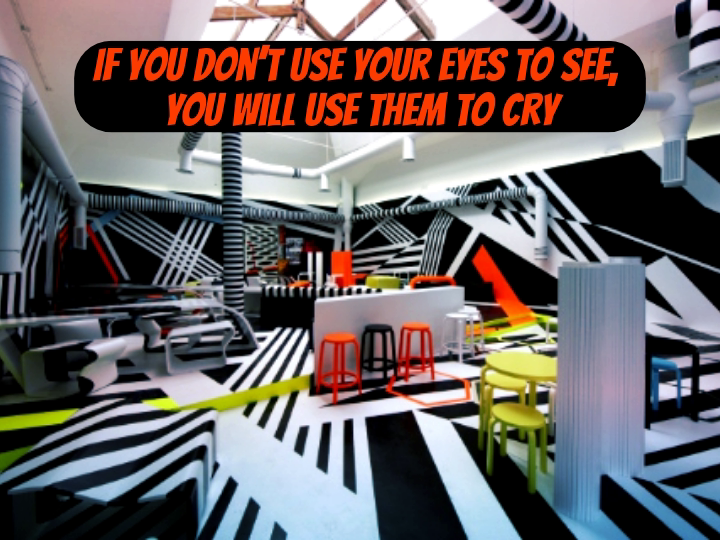 The Rockbund Art Museum is very pleased to present the first institutional solo exhibition in China by the renowned German artist Tobias Rehberger. “If you don’t use your eyes to see, you will use them to cry” from 23 March to 26 May, 2019. Rehberger’s multifaceted work has been instrumental to expanding the possibilities of sculpture, spanning a diverse range of fields that include design, architecture, and conceptual art. The exhibition looks to showcase newly commissioned works and site-specific installations created especially for the Rockbund Art Museum. Through an array of visually confounding objects and environments, Rehberger continues to pioneer a range of production techniques and forms of social intervention that explore how we interact with space and perceive the connection between everyday life and art.

Born in 1966, Esslingen, Germany, the Frankfurt-based Rehberger was a student of Martin Kippenberger and Thomas Bayrle, and is noted for later contributions that place him among a generation of artists in the 90s whose cross-disciplinary approaches redefined ideas of shared authorship and controlled chance as a catalyst for making art. Larys Frogier, Director of the Rockbund, anticipates Rehberger’s exhibition as follows: “During the exhibition, the artist will transform the building of our institution into a space that looks to appeal to passersby or those who rarely venture into the museum. Through the transition of moving from the outside into the exhibition, the audience is immersed into a dazzling alternative world that subverts the boundaries of these different realities. By intervening onto our museum structure, Rehberger re-routes the logic of our social norms, therefore opening up new entry points to imagine how art can fuse together with our life.”

The exhibition’s title, “If you don’t use your eyes to see, you will use them to cry,” is a truism that expresses the connection between how we choose to see the world and the importance of this decision in defining the quality of our experience and engagement with it. Adept at incorporating public environments and everyday objects into his work, Rehberger brings a butcher shop, flower arrangements, a teahouse, a bar, and public signage to occupy the different floors of the Museum. Many of these works play with notions of collective memory and cultural displacement, highlighting the way ideas circulate and transform in new contexts.

Outside of the museum, a neon sign hints at the fully functional “butcher shop” that now sits on the first floor. On the second floor is Vase Portrait series (1997 to 2016), an “exhibition within an exhibition,” in which a collection of more than 50 uniquely composed flower-adorned sculptures form an homage to and reveal the aesthetic quirks of a community of artists and friends associated with the artist. A teahouse on the third floor incorporates Western misinterpretations of a traditional Japanese tea ceremony, the design of the structure diverging from the procedures of this highly-prescribed ritual to create a new type of gathering. On the fourth floor, the artist has created an impressive display of LED light sculptures that mimic the commercial signage systems found in outdoor public spaces. Free Coffee Free Parking Freedom (plug & play version) (2018) invites the audience to remotely control the brightness and level of noise in the space as the lights synchronize to music played from a mobile phone. The fifth-floor mezzanine will display a new iteration of the artist’s ongoing Pixels series (2019), which asks the viewer to constantly adjust his or her distance in relation to a vivid sequence of monochrome mosaic tiles. Depending on one’s perspective, the work appears alternately as an abstract composition of colors or a panoramic landscape of images.
In Rehberger’s exhibition, viewers are treated to a multisensory aesthetic experience where the artworks are enriched with new meaning through the act of seeing and engaging. Occupying the entire top-floor of the museum, Forbidden in heaven, useless in hell (El Redomon version) (2019) is a social artwork that functions as a bar. Conceived in collaboration with the Shanghai-based bar Blackbird, the bar is open only at night. From ceiling to floor, and extending to the furniture, the entire surfaces of the bar have been covered by the artist—an evolution of his series inspired by ‘dazzle’ camouflage, a motif that has formed the basis of many of his projects including his Golden Lion-winning installation at the 53rd Venice Biennale.

Marking a unique site-specific public commission for the museum, the audience can therefore drink at a bar boasting an impressive view of a giant indoor Sun sculpture, which blinks on and off according to the rise and set of the sun in El Redomon, Argentina, which is positioned on the exact opposite point of the globe to Shanghai. The collaboration between Rehberger and Blackbird restaurant also extends to the first floor butcher shop with another artwork that gives the opportunity for viewers to not only look at, but also to enjoy a menu of meat-based items that can be eaten on-site or taken away. As co-curator Billy Tang remarks, a “key concern running throughout the floors of the museum is a desire to challenge the segmentation of art by mixing it with other areas of society. The exhibition includes the essential input of a wide list of collaborators—florists, artists, craftsmen, butchers, or bartenders—and each of these elements brings something unpredictable. There are works that go beyond our typical opening time and this challenges our habit of trying to grasp the entire exhibition in a single moment.”

For the duration of “If you don’t use your eyes to see, you will use them to cry,” Rockbund Art Museum will host a series of public programming and educational events further expanding on the themes explored in the exhibition.

Tobias Rehberger is an artist whose work is characterized by transformation, serendipity, collaboration and shared experience. His work in large-scale often takes the form of visually-rich environments that are sites for social encounter, such as his Was du liebst bringt dich auch zum weinen (2009), which won the Golden Lion for the 53rd Venice Biennale, his recreation of Frankfurt’s Bar Oppenheimer in New York (2013), or his procession of sculptures 24 Stops between the Beyeler Foundation and Vitra Campus near Basel (2015-2016). When working with self-contained sculpture, Rehberger often looks to the viewer, friends and other collaborators to complete or contribute to the work. He invited fellow artists he had portrayed as vases to present him with a bouquet of flowers, completing each Vase Portrait, he asked assistants to initiate sculptural formations in velcro for his Infection series (2007 – ongoing) and he worked with craftsmen in Cameroon and Thailand to make serendipitous copies of furniture and cars. Working across diverse scales and an array of media, Rehberger is fascinated by the boundless possibilities of object and environment. As Rehberger once described, “I am very interested in this phenomenon that …the object is not only interested in its own existence. It’s a kind of tool helping the existence of something else.”

Selected solo exhibitions and projects for the artist include If you don’t use your eyes to see, you will use them to cry, Rockbund Art Museum, Shanghai (2019); Yourself is sometimes a place to call your own, The Museum of Contemporary Art, Busan (2018); 24 Stops, Fondation Beyeler, Basel (2016); Home and Away and Outside, Schirn Kunsthalle, Frankfurt (2014); Tobias Rehberger: Wrap it up, MACRO Museum, Rome (2014); Dazzle Ship London, River Thames, London (2012); When I See the Other Side of Heaven, It Is Just as Blue (commission), The Leeum Samsung Museum of Art, Seoul (2012); Nest (commission), Bloomberg SPACE, London (2012); Tobias Rehberger, MAXXI, Rome (2010); The Chicken-and-Egg-No-Problem Wall-Painting, Stedelijk Museum, Amsterdam (2008); On Otto, Fondazione Prada, Milan (2007); Get a New Liver, Tate Liverpool (2006); Private Matters, Whitechapel Gallery, London (2004); Night Shift, Palais de Tokyo, Paris (2002) and The Sun from Above, Museum of Contemporary Art, Chicago (2000). Tobias Rehberger lives and works in Frankfurt, Germany.